Situated where the motorway now approaches the northern end of the Mangere Bridge.  Photo and words thanks to the Late Gavin Evitt of the Historic Stockcar club. 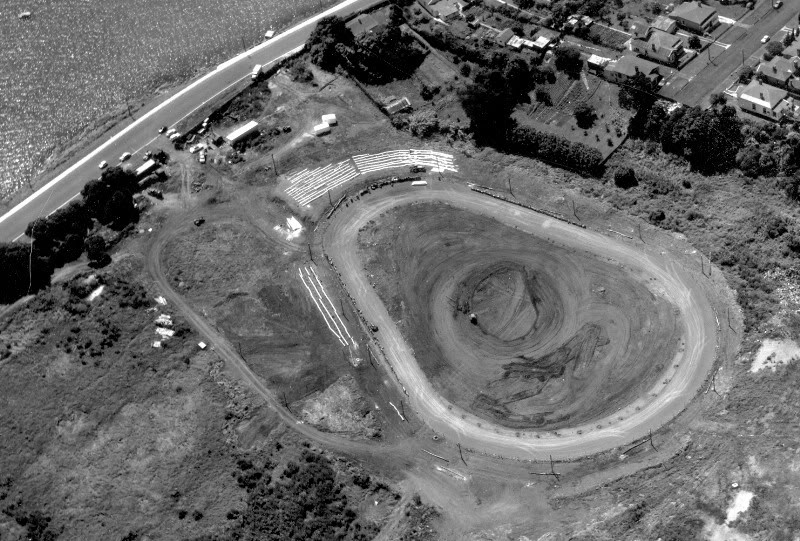 Little is known at present about this speedway except that it had a meeting on 5th Jan. 1935. Four midget races and two motor cycle races were run with notable winners being R Dexter in a Riley based car and George Smith in an Austin based car. Other cars running were a Bugatti driven by C. Edwards and a Miller by G, Mathieson.  A. Mattson was the dominant solo bike rider.

The track was again in use in 1961 as an attempt to find a new home for stockcar racing in Auckland after the loss of the Epsom Show-grounds and no decent deal able to be struck to continue any racing at Western Springs. Opened in late 1961 for the 1961/62 season, ran three meetings in early 1963 and another nearly full season in 1963/64. Was never a money maker and could never be developed as the area was earmarked for the roading to the planned new Mangere Bridge. Many of Auckland's future stars of Waikaraka Park started their racing days at this track.