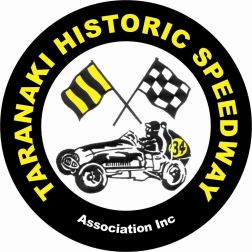 The Kihikihi Speedway Club has been in existence since 1954 when permission was granted to build a basic race track on the Kihikihi Domain. To this very day the club is still at that original location, having slowly improved the venue for the benefit of both spectators and drivers. In the early years the club focused on the open wheel and bike sections of speedway however a variety of classes have since been added leading to a diverse programme encompassing 10 regular classes. Kihikihi, unlike most speedways in New Zealand still runs predominately on Sunday afternoons. This has proved to be one of Kihikihi's greatest strengths, creating a relaxed family friendly atmosphere whilst also allowing visitors from around the North Island to regularly compete at Kihikihi as most other tracks run Saturday nights. 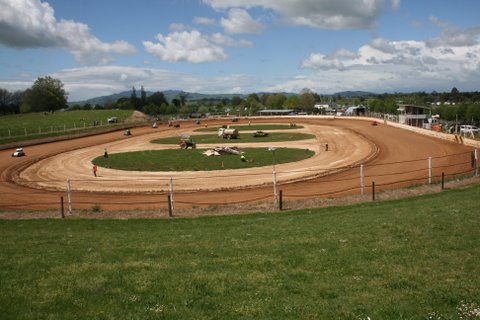 This photo was taken by Bob Andrews in October 2011 and shows the novel method of catering for all classes. The outer track is for cars while the inner three tracks are for Solo bikes. The nearest inner track is for 125cc.That one and the next one are for up to 200cc. They go around the two greens and the third "green" is for the 500cc and 250cc lay down bikes.