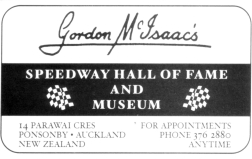 (Please phone before you go, and don't forget a donation in his honesty box goes a long way to help with the collection of memorabilia)  09-  376 2880  14 Parawai Cres. Ponsonby.

"Well ever since I was a kid I have been nuts on collecting things.    Like you see the kids these days running around collecting discarded speedway drivers tear-off's, I used to collect used up gas goggles, and Des Herrick used to give me bits and pieces to hang on the wall in my den where I kept my trolley. Later on when I started crewing for Des I got a few odds and ends from some of the other drivers and then my bedroom wall began to fill up with speedway photos and souvenirs.  The collecting stopped for a while when I was kart racing."      "When I finished restoring the midget (see photo) I hung what gear I had on the walls around the midget, and that is when the collection started to grow into what it is to day.  The speedway guys started coming in to have a look at the midget and would see the stuff on the wall and next thing they would turn up with something for me to add to the collection."         "When the collection got big enough to fill two rooms I decided to open it up as a museum. That was in 1990.  Now I get a lot of pleasure seeing people come here and enjoying the place."      "A lot of credit  must go to the many competitors who have donated their gear, and people who have helped me over the years.  Without their help the museum probably wouldn't have happened."  Gordon. 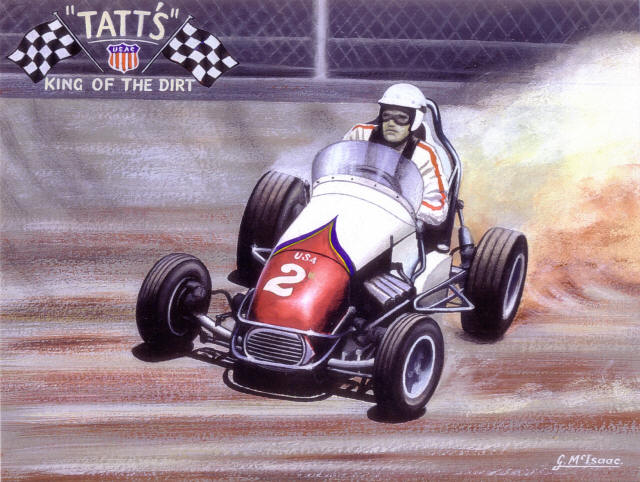 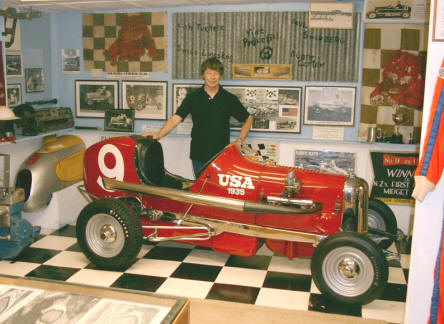 Photo's are, left the great Bob Tattersall 'warming up' on the Western Springs banking. This is one of the many great paintings by Gordon on display in his museum.  At right is Gordon with his very famous midget #9. It won the first midget race in NZ at Western Springs in1937, driven by Duane Carter of USA.

Below left is a section of his museum which displays "a midget that was forgotten," and found its way into the museum after being hidden in a basement for over 60 years. Even the new tyres that were to be used, complete with their new original labels. It had been started by Stan Owens in 1947. Gordon has helmets and photo's of virtually every famous driver or rider that has competed on speedway in NZ.  Very much worth a visit. 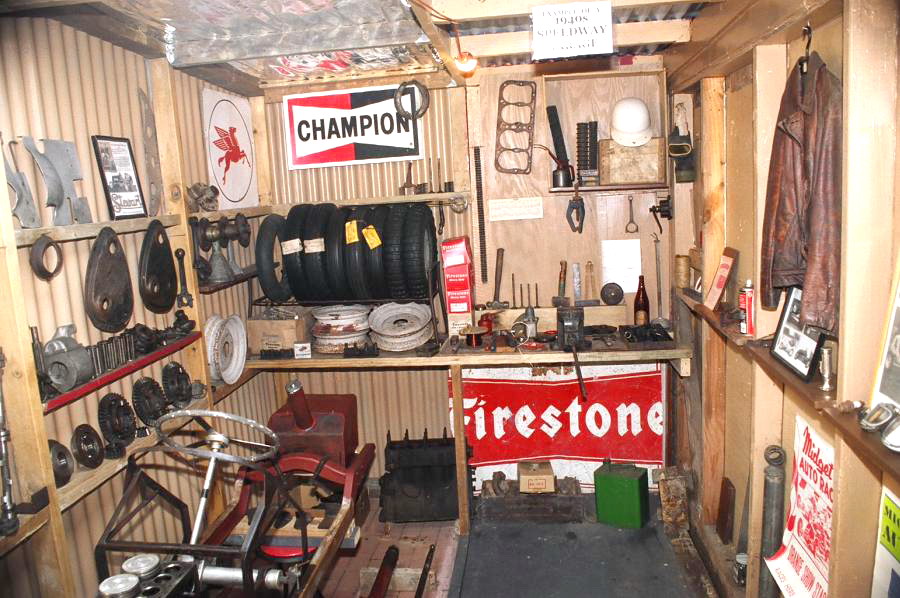 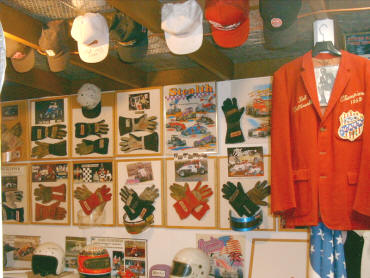 Last photo is legendary Frank "Satan" Brewer when he last visited the museum not long before he died in 2001. 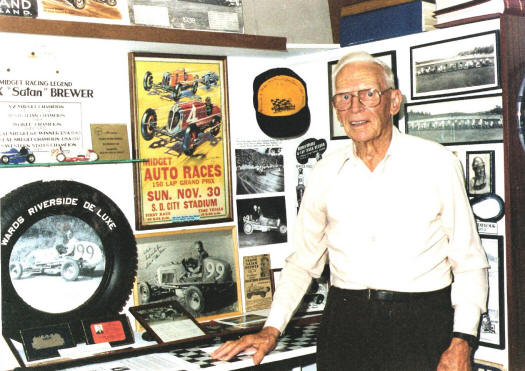 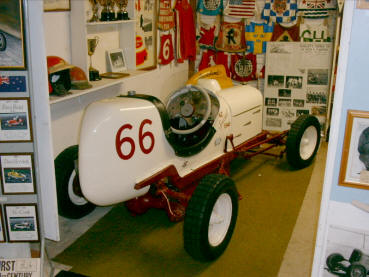