Photo’s courtesy of Morrinsville Museum. New Zealand.       Built in 1936 in the Morrinsville Domain, now known as the Recreation Reserve, was 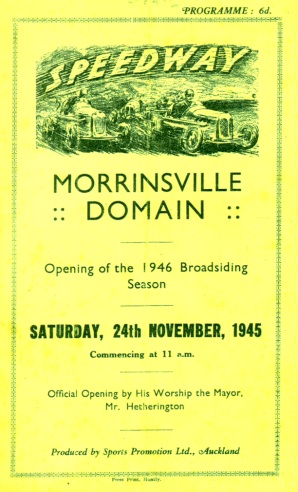 a slightly banked quarter mile oval, with a white picket fence around it and a small wooden grandstand on one straight. It was originally designed for professional Cycle Racing, and opened on  2nd January 1937 with a sports meeting.

The first midgets on the track were demonstration races between Gerry Mathieson, N.Z. and Duane Carter, U.S.A. at an annual Sports Meeting on 3rd January 1938. (See lower photo)

Post war four or five meetings a season were held for Speedway Midgets and Motor Cycles at Morrinsville, and alternative weekends at Huntly West Speedway. Racing at both tracks ceased around 1948/49.

The track and grandstand at Morrinsville were demolished around 1955 to make way for Rugby League fields. Top photo shows track in late 1936. 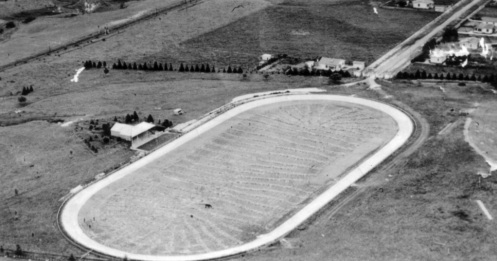 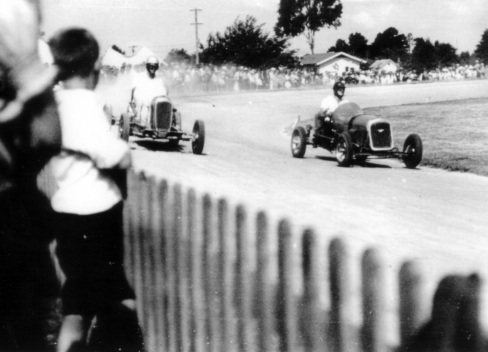