Track was at the bottom of Sarawia St in Parnell,    Auckland. (Note spelling of Sarawai in the street address) Also known as Newmarket Park.

Surface was sand and clay mixture saturated with used oil.

The first 1948-49 season they opened on October 22nd and ran just motor bikes.
The next season, 1949-50, the track was re-named Olympic Speedway and the Sarawai Park part was dropped. During this season they ran only midgets.    The following season of 1950-51, they ran about 4 meetings at the beginning of the season and then Jack (Cocky) Cormack, who built Olympic and was the promoter, took over the running of Western Springs and closed Olympic down.
The stadium later became known as Newmarket Park and was the National soccer ground, run by the Auckland FA. Indeed the last game played there was the International between New Zealand & Australia which saw the Kiwis win for the first time over their rivals since 1948. Two days later the ground collapsed into the gully, taking the stand on that side down with it.

The first official midget race was won by Merv Hardy. Other drivers at the first meetings were Ken Rogerson (#50 in photo below), Beau Thornton, Keith Anderson and Colin McKay. The photo at right shows Max Hughes exiting the pits. 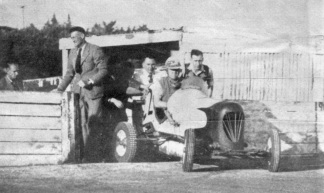 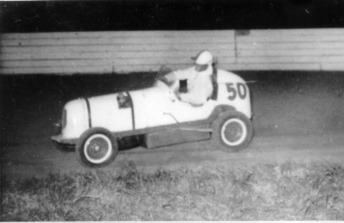 The other photo is a general view of the pits. Below on the solo bike is Henry Falls practicing at the track. The other photo's are of that track but the cars and drivers are unknown. 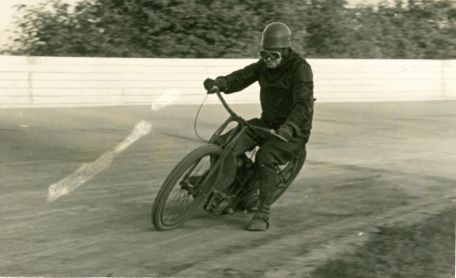 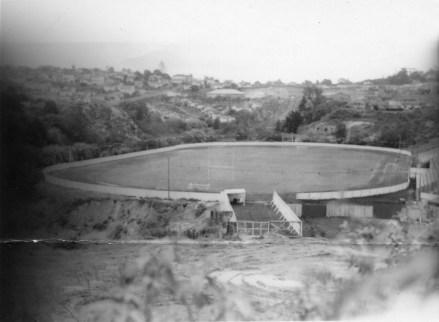 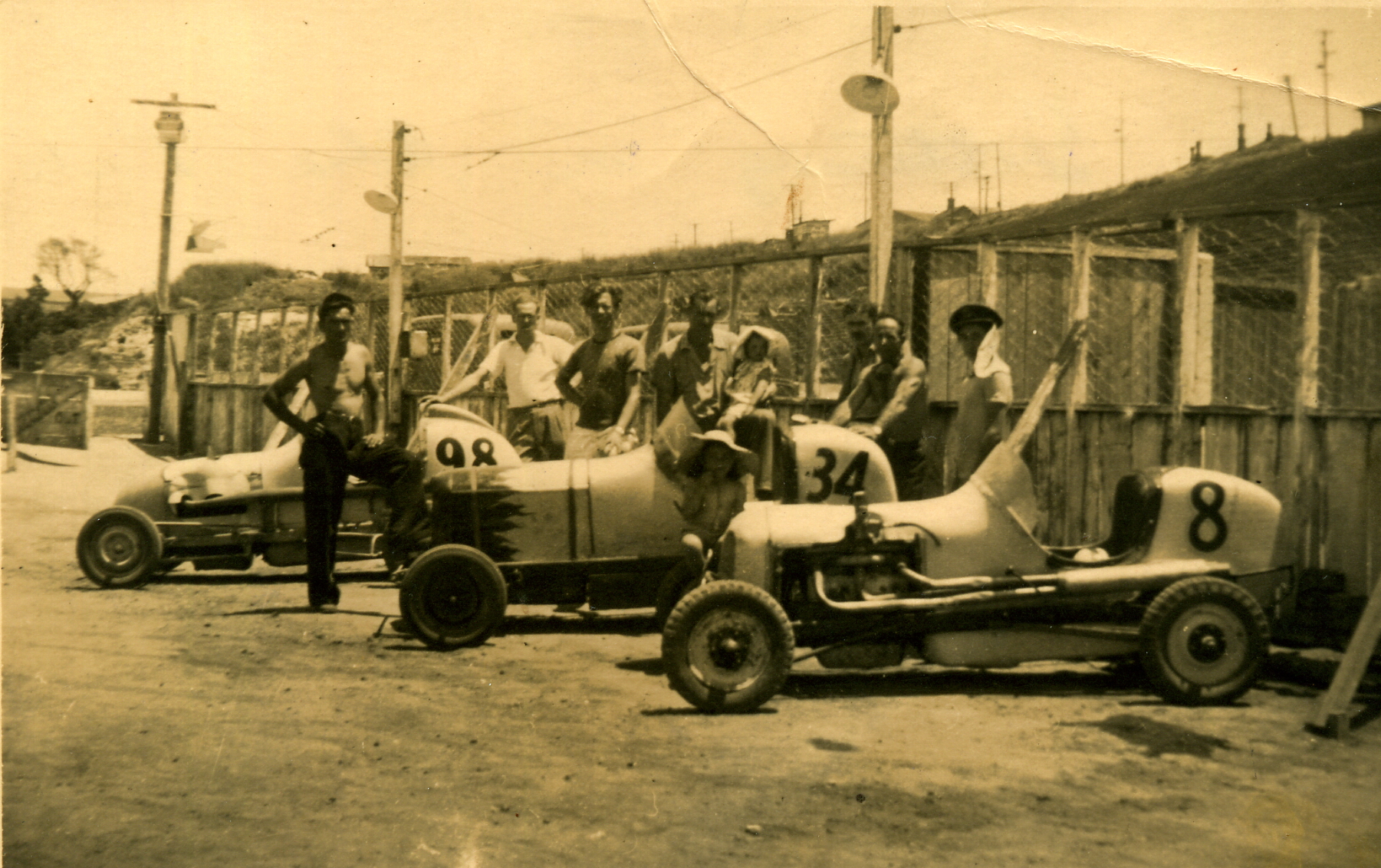