Rangeview Speedway is a small clay oval track situated at Waharoa, in the centre of the North Island near Matamata, New Zealand. They hold a race meeting once every two weeks over the summer months.

The photo below shows Auckland Vintage Speedway club member Vic Wise in his Holden powered car built in 1969. Following is Eric Beardmore in the 1954 Sherlock Holmes V8-60 midget and behind him is  Ted Roberts in his VW powered midget.

The following blue car is a TQ of un-known ownership. Photo taken in April 2006. Should any viewer have any history of this track we would love to know it. 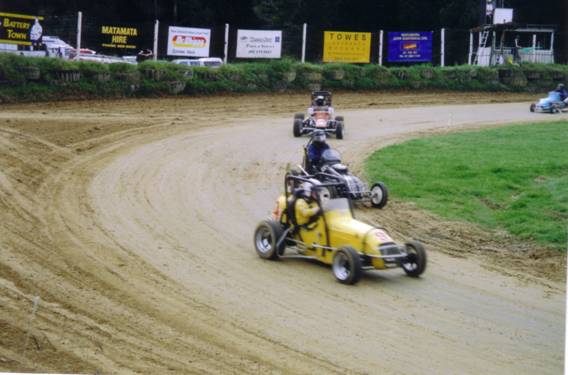 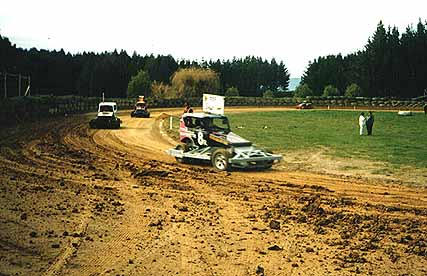