The Sunset Speedway Club was formed in May 1987 by a small group of enthusiasts who lobbied the
local Buller District Council to allow their usage of land near the North Beach for a Speedway track.

Local roading contractors, Colin and Roy Wishart of  Wishart Construction Ltd, got behind the effort and  provided the heavy machinery and along with volunteers,  Wishart Raceway began to take shape. Many of the early volunteers and enthusiasts still hold executive positions in the Club to this day. (Jan, 2006)

Originally planned as a larger track the eventual size of 296m has since proved popular for the smaller open wheel vehicles and solo bikes.

In 1992 the Club voted to become a member of the Speedway Control Board of NZ (now Speedway NZ) and have become part of the larger nationwide network of tracks
set up under the umbrella of this parent body.  Sunset Speedway was the first club in New Zealand to be given the status of a Division Two track which was instigated because
of the lower population base and economic factors in the Buller region.

In 1997 the Club became the only Division Two track to ever be given a national title to run, that of the 1997 South Island Solo Bike Championships, which was run as a bike only meeting and the Club proved once again that they had the expertise,  friendliness and confidence to run an extremely efficient and trouble free meeting. 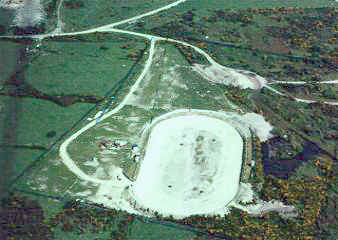 Meetings can be intermittent.  Can anyone supply more info??