When Monica Park speedway closed in 1938 Christchurch was without midget car racing until 1948 when the Tai Tapu Motor Cycle club introduced midgets on their half mile dirt track. The first of only three meetings that included midgets was on April 3rd 1948 and featured 4 midgets from the North Island. Keith Anderson, Frank Collis , Bryant McIntosh and Melve Jensen were the drivers. 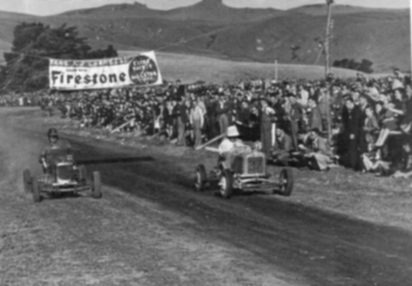 and crowd safety was a major issue.

Thanks to Allan Batt of Christchurch for this information and the photo which shows Anderson and McIntosh with the spectators inside and outside of the very narrow track!. 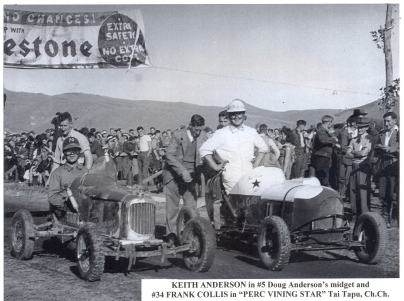