Located on the outskirts of Hamilton, although now well within the Hamilton area. The track was opposite the Air Force base at the far end of the straight coming North out of Hamilton.  It ran stockcars for about three short seasons starting in March 1955. Certainly its big days were at the height of the first stockcar craze in the mid fifties and the track closed after the third season of racing.  The track may have had some speedway use before it was a stockcar track, I am not sure about that. It nearly became the first track in the North Island to run stockcars, but missed out to Western Springs by a rainout and a week. Racing took place on a Saturday afternoon and in the second and third seasons the Epsom drivers would race at Te Rapa in the afternoon and then head back to Auckland for the Epsom meeting on the Saturday night. Some of the Te Rapa drivers would also race at Epsom, while a few raced at Western Springs where one stockcar race a meeting was held at the end of the speedway racing.

From the Macgor's Speedway Forum.  The late Gavin Evitt photo's shown below. From The Historic Stock Car club of NZ. 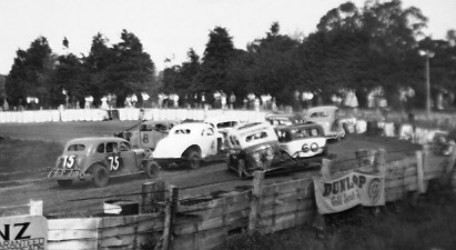 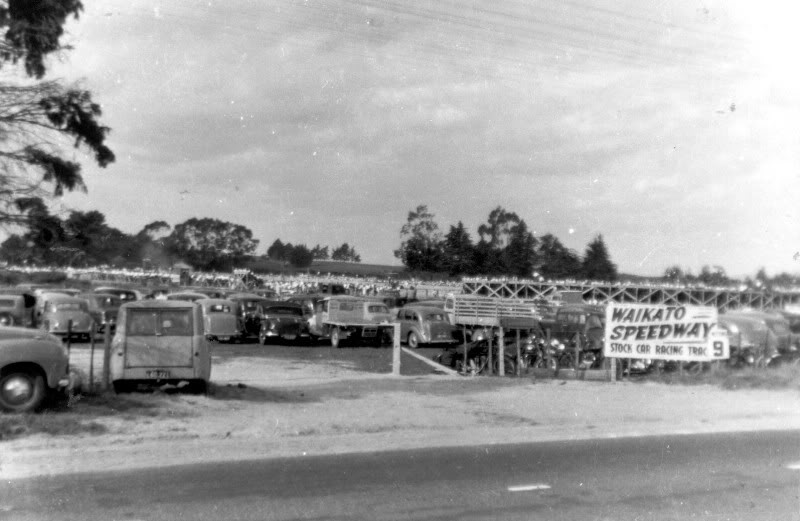