This speedway was running in 1953/54 and also March 1956 . It ran on and off until the 1961 season when its end seemed near so Ray New from Palmerston North ran a meeting there with his stock cars from his home track. They made such a mess of the the fence and track that the A & P society said that was enough.
From a newspaper clipping sent in by Terry Beresford, a meeting on 14/3/56 hosted midgets from Auckland (including Roly Crowther) and New Plymouth, along with TQ's from New Plymouth.
The TQ drivers were Dennis Palmer, Johnny Callender, Ernie Scott and Des Hurley.  Midget drivers included Jim Oliver, Bill Evans, Maurice Malcolm, Sherlock Holmes, Roy Lowe and J. Salisbury.  Almost all of those cars were from New Plymouth.
The track was bulldozed out of the show grounds on the morning of the racing and a lot of loose stones caused tyre and radiator problems.
A program from the 1953/54 season shows solo riders Bill and Jackie Hart, Harry Mangham, Ron Marshall, Spud Murphy and Bluey Langtry. All names from the Taita track in Lower Hutt.
The show grounds were also used for grass track motorcycle racing and the photo below shows popular New Plymouth rider John Furze on the outside in front of the grand stands in 1966.  The other photo shows the same location in Jan. 2009.
Another meeting in December 1953 featured top New Zealand solo riders Ronnie Moore, Morrie Dunn, Ron Johnson, Harry Mangham, Barry Briggs, Harold Fairhurst, Geoff Mardon, Merv Neale and Freddie Pawson of UK. 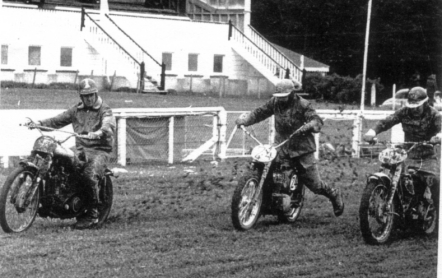 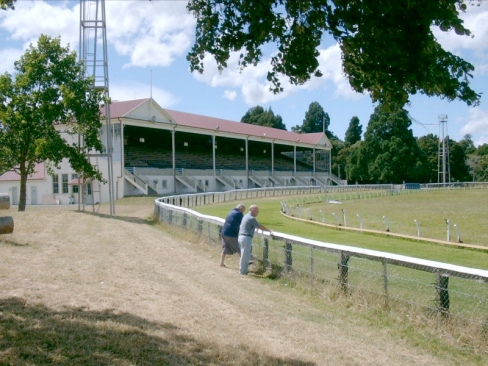 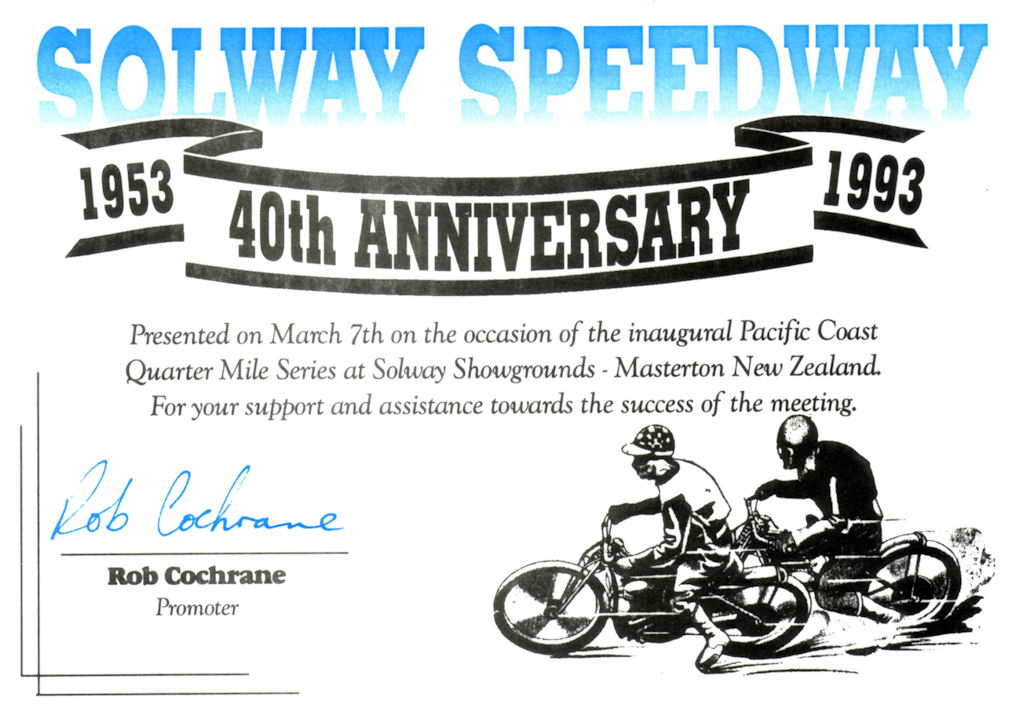